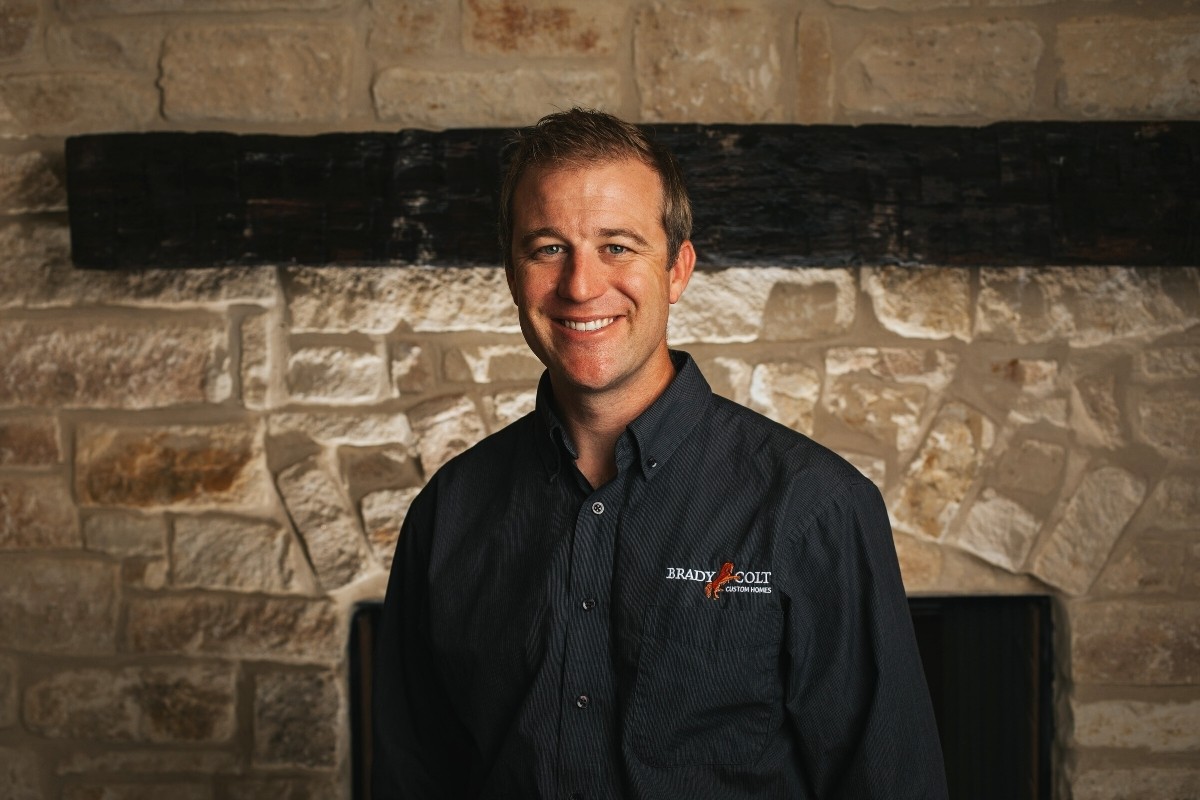 For most high school kids, Summers are usually packed with fun-in-the-sun and time with friends. But for Brady Johanson, founder of Brady Colt Custom Homes, the summer he turned 14 was anything but usual. Brady spent that summer working for his uncle's commercial construction company to make a little extra spending cash.

But what he really earned was a passion for building.

‍Brady spent the next couple of Summers learning the trades through his uncle. And along the way he realized his true love was in residential construction. So for the next few years, he worked in framing to get his foot in the door.

Opportunity after opportunity came along nudging Brady to change his focus, but somehow he always came back to construction. After having an ah-ha moment he realized that he could fulfill his parents’ expectation of him going to college and still do what he was passionate about by studying construction. He knew it was a win-win. So off to college he went and a degree in construction is what he got.

Graduating college in 2009 did pose some challenges for Brady with the nation-wide housing crash in full effect. But fortunately, his hard work and degree immediately paid off and he landed a dream job right out of school.

Brady wasted no time climbing the construction ladder (pun intended) and in just a few years he was in charge of his own projects. With this newfound confidence, talent, and entrepreneurial spirit his next step was obvious – he needed to start his own business.

‍It took Brady some trial and error before he decided on starting his own custom home business, which is now Brady Colt Custom Homes. And it wasn’t exactly smooth sailing from there. Like most first-time business owners, Brady had to overcome a few obstacles. First and foremost, he needed to find a bank to loan him some money for his first project.

Unlike a lot of people, he didn’t give up after a long run of no’s – he kept going.

Brady’s tenacity eventually paid off, he went to not 1, not 10, not even 20 ... Brady visited 50 banks before one would take a chance on his startup.

It’s all in the details

Brady was an entrepreneur at his core and he clearly had what it took to be successful in construction, but he was now getting a crash course in business.

When it comes to building custom homes, not only did Brady have to juggle staying on budget, managing the timeline, and all the tiny details that make up a major project - he also had to maintain happy customers.

Any builder will tell you that keeping the client happy is difficult ... which may be the understatement of the year. But Brady had the experience, the skill, and the drive to do it.

It seemed as though he had found all the ingredients for success. But, Brady knew he needed more than his friendly personality, construction skills, and attention to detail — he needed his customers to know everything was organized and being handled efficiently.

The last thing he needed was to miss a critical element in a job. And as his business grew, Brady began having a more difficult time locating client decisions amongst the sea of emails he received every day.

He knew there had to be a better way.

Finding more time in the day

Brady was encountering the same challenges many builders and remodelers face, not enough time to get everything done. He wanted a better way to balance it all so he could still provide the excellent customer experience he was becoming known for. His clients trusted him and he wanted to keep it that way.

"It seemed like every builder I spoke to was having the same problem. Yet, none of them had found a solution."

Brady knew he was wearing too many hats and was afraid that he would eventually miss something that could end up costing time and money, or even worse — a client. Sifting through notes, texts, and emails hoping to keep each job straight didn’t seem efficient at all.

Professionalism is the key to the game

Brady was searching for any kind of system to help manage his problem. But every option out there seemed complicated and impossible to implement.

“I needed a centralized location for each specific project,” Brady said.

He began to look for solutions in the Builder 20 Club he was a part of. To his disappointment, he found more complaints than anything else. It seemed as though everyone was trying to solve the same problem. Yet, none of them had found the right answer.

Eventually, Brady came across BuildBook and decided to sign up for a free trial.

He tried it first with an out-of-town client and believes that his use of BuildBook was part of the clients decision to hire him.

During this project, BuildBook allowed him to keep all communications in one place and he knew where to look for answers. It also allowed Brady to send daily updates which set the client’s mind at ease. Every step of the way they knew what was going on with their home.

In fact, the project went so well that he decided to use BuildBook with the rest of his team.

“It was very simple – straightforward – and the usability was great,” Brady said about BuildBook. “I have clients download it before I even have a signed contract with them, so we can communicate through the entire process.”

BuildBook allowed him to put forward a level of professionalism that separated him from the competition. It was a one-stop-shop for communication and job organization. “It has changed the way we communicate,” Brady says “features that I thought we would use a little bit, to my surprise, we use all the time.”

"BuildBook has changed the way we communicate"

Now that the speed of communication has increased, Brady finds that each job is much easier to manage. He stated, “my team is now using it consistently and It really streamlines everything. All of the information on each job is right there for everyone to see.”

Brady also definitively states that productivity as increased in the field. If someone on his team needs a question answered, they no longer have to wait for an email or text. The answers are right in the app. “I easily save several hours a day answering questions and finding information.”

For those that are new to the industry, Brady recommends reaching out to other builders and asking how they solve the problems that you’re currently facing. He also suggests looking at the current systems you have in place and weighing the benefits of adding a platform like BuildBook — because that's one thing that Brady wishes he had done sooner.

You can check out Brady Colt Custom Homes on their website, or by following them on Instagram.

If you're a custom home builder that's looking to grow and/or improve your business, sign up for a free trial of BuildBook.