Back to Blog Home 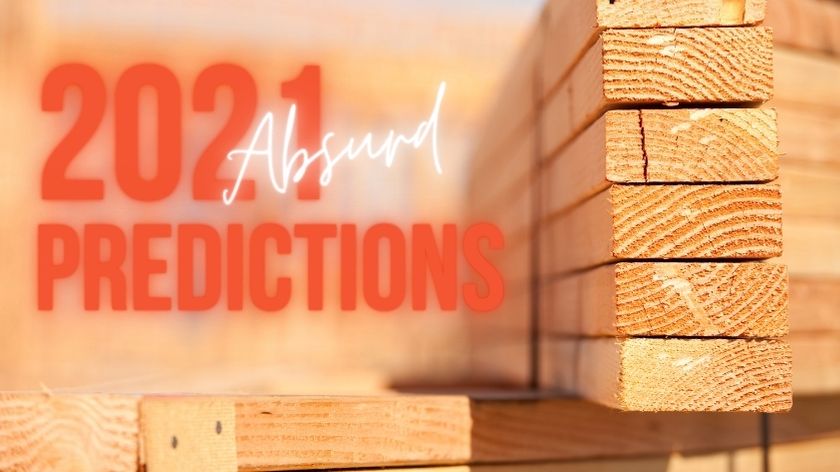 However, despite all of the absurdity that transpired in the last year, the residential construction industry actually fared pretty well all things considered. Sure, there may have been a lack of toilet paper at the job sites and a lack of laborers willing to show up without an executive salary and perks greater than stimulus money and Fortnite.

But, it wasn’t all bad, right?

I mean, spending on new home construction and remodeling projects continued to grow throughout the year. Heck, even log home construction has increased. And, companies have been able to increase profits by b̶e̶i̶n̶g̶ f̶o̶r̶c̶e̶d̶ t̶o̶ d̶i̶s̶c̶o̶v̶e̶r̶ discovering efficiencies in how they operate and reducing unnecessary overhead.

Having said all of that, it’s now time to leave the 💩 behind and set our sights on the year ahead.

We could think of no better way to do that than to provide you with a list of our — umm, let’s say ambitious — predictions of what we can expect to see in the residential construction industry in 2021.

So there you have it — our 2021 predictions for the residential construction industry are in the books. And, while they may be absurd and satirical, just remember that what 2020 has taught us is that absolutely nothing is improbable.

If you enjoyed this post please consider sharing it with others in the industry. Or, have predictions of your own, send us a DM on Instagram.